Difference between revisions of "Tesla Giraffe"

Whichever one of these you end up using, install it into the corresponding port under the dash, in the driver's foot well. 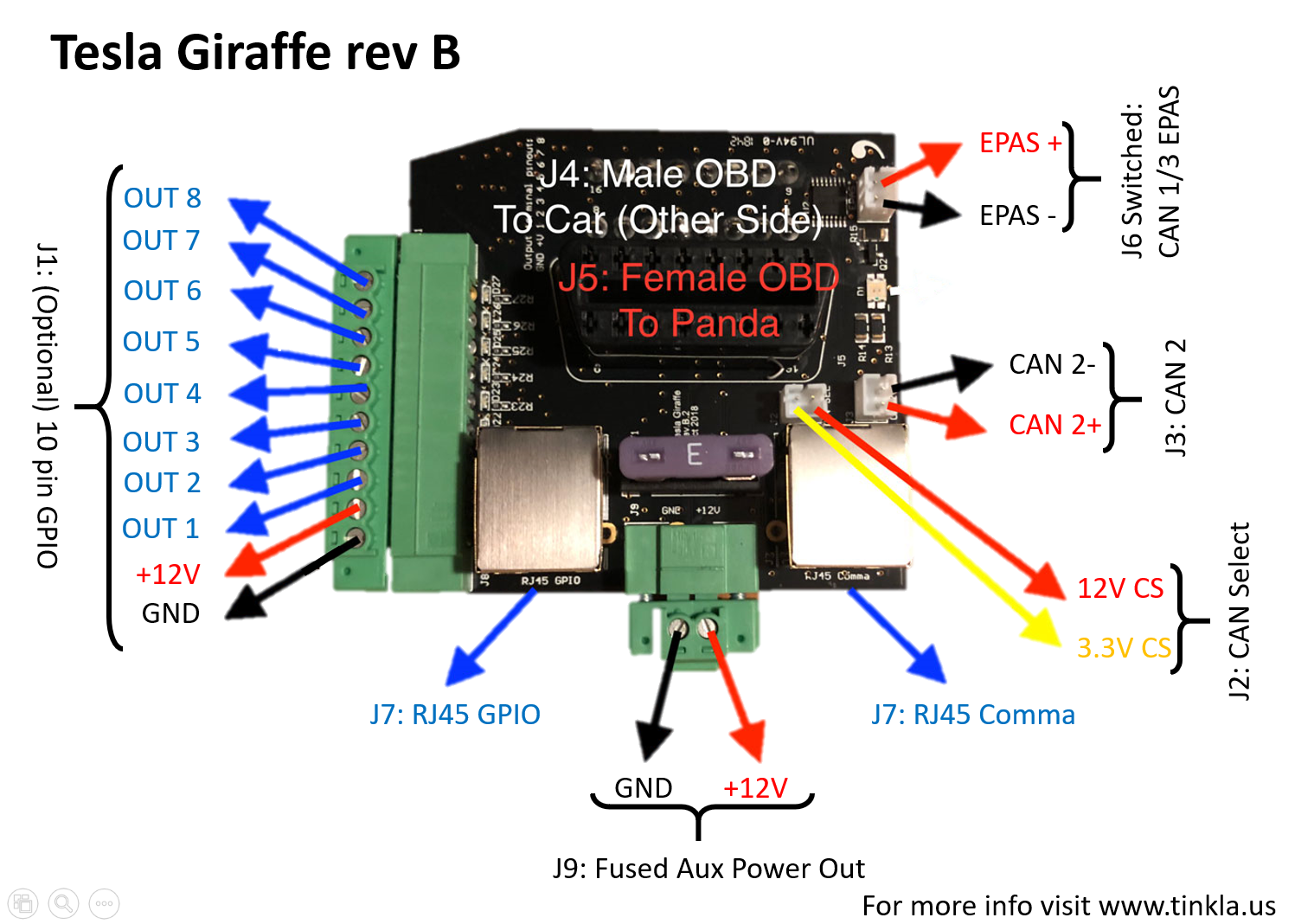 On top of creating the right pin connections between Panda and the approproate Tesla CAN Bus, it has a number of other nice features:

Ordering a Tesla Giraffe rev. B

You can order your Tesla Giraffe rev. B directly from @appleguru.